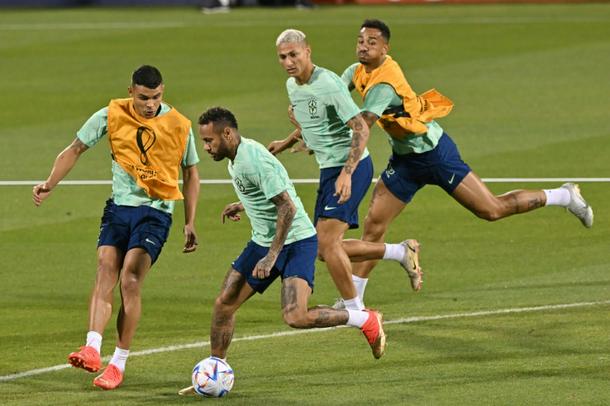 Doha (AFP) - Neymar could make his return to the World Cup stage on Monday as Brazil continue their bid to be crowned kings for a record-extending sixth time against South Korea.

Superstar forward Neymar has been absent for Brazil since spraining his ankle in his team’s opening Group G win against Serbia last month and their supporters have been sweating on his fitness ever since.

Coach Tite said Neymar would be assessed in Brazil’s final pre-game training session on Sunday, but gave a heavy hint that the Paris Saint-Germain attacker would start.

“He’s going to train this afternoon and if he’s OK, he will play tomorrow,” Tite told reporters.

His return would be a big boost as Brazil have scored just once since Neymar fell foul to his ankle injury and on Saturday lost Arsenal forward Gabriel Jesus for the rest of the World Cup.

South Korea famously reached the semi-finals 20 years ago when the tournament was shared between their country and Japan, who are also in action on Monday against Croatia.

The Koreans have not reached the knockout stages since 2010 and only got to the last 16 in Qatar thanks to an injury-time winner from Hwang Hee-chan in their final group game against Portugal.

They will need a different performance to the one in June’s friendly between the two teams, when Brazil romped to a 5-1 victory with Neymar scoring two penalties.

“We have good memories of 2002, of making it to the last four and we want to relive that,” said Korea midfielder Kim Jin-su, who was 10 years old at that time.

“We’ve waited so long to come to this knockout stage and we all truly wanted to come this far.”

Japan veteran Yuto Nagatomo said his side will again show the world their samurai spirit in their clash with unbeaten Croatia, after having already stunned Germany and Spain on their way to topping Group E.

“Before battle, the samurai would polish their weapons and refine their technique, but if they were scared in battle, all that would count for nothing,” the former Inter Milan left-back said Sunday.

“The most important thing is to have courage.”

Kylian Mbappe was the star of the show again for France with a superb brace which sunk Poland 3-1 and gave the world champions a mouthwatering last-eight showdown with England, easy 3-0 winners over Senegal. 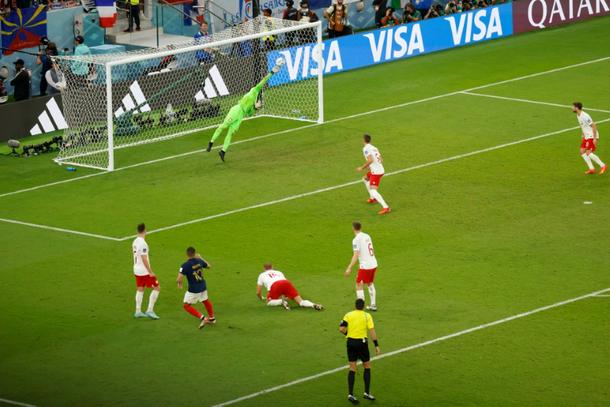 Mbappe called the World Cup his “obsession” after his match-winning performance, which took his tally to a tournament-leading five and also included an assist for Giroud’s record-breaking opener.

“The only objective for me is to win the World Cup,” said the 23-year-old.

“That is what I am dreaming of. I didn’t come here to win the Golden Ball (for best player). That is not why I am here. I am here to win and help the French national team.”

France will face England on Saturday at the Al Bayt Stadium, where Gareth Southgate’s team strolled past Senegal in a performance full of positives, not least the form of teen sensation Jude Bellingham.

Bukayo Saka dinked home England’s third in the 57th minute to secure a comfortable win and set up a huge tie with one of the pre-tournament favourites.

“We’ll enjoy this one but then our focus turns to that, it’s going to be a really tough game,” said captain Kane. “They are reigning champions but it’s a good battle.”